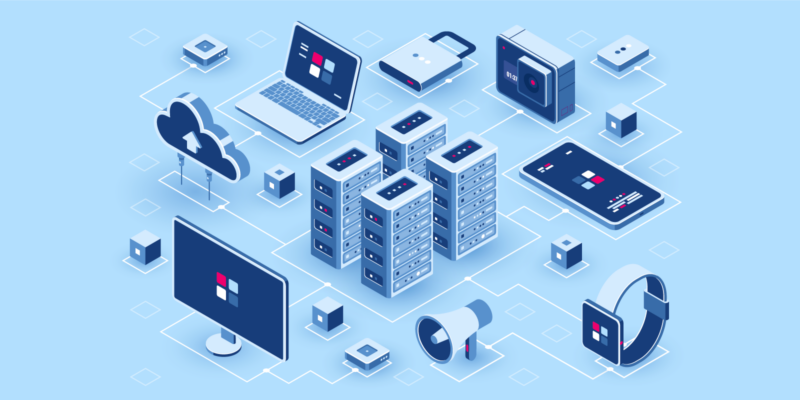 The Internet today has nearly been recognized as the fourth basic necessity. But, enabling our digital savvy lives, are companies that keep the internet running. And this behind-the-scenes machinery is called a CDN – Content Delivery Network (one of the spokes of the wheel).

The Internet is the equivalent of transport networks in the digital world (akin to roadways, waterways, airways, etc. in the physical world). The unique part about the digital ecosystem however is that 85% of the data consumed on the internet is not unique! On the internet, multiple people access the same data – be it the movies that we watch, the influencer posts, Bollywood gossip or Cricket.

And so, unlike physical transport networks, the internet doesn’t have to carry each file from the point of origin to the user every single time. This is where the concept of caching and CDNs were born – creating multiple replicas of the same file and storing relevant files in multiple different places (call them Digital warehouses) closer to the users that want to access that file. So that, every time a user wants to access that file, it can be delivered faster, while using lesser transport resources (The Internet). This is how CDNs have grown to become the backbone of the internet and today, play a pivotal role in its growth and resilience.

Traditionally, like Distributors, CDNs have always been a B2B business. They work with ISPs to optimize their costs and with Apps to improve their user experience. As users, we can’t directly access the benefits of CDNs and are dependent on our ISPs for the same.

In the same breath (no pun intended), we are aware of the disruptions caused to our internet connectivity, such as patchy network, router acting up or broadband simply stops working.  But beyond that we probably don’t delve into the immense labyrinth that the entire internet skeleton is – last mile, edges, nodes and much more!

The ecosystem has been evolving and transforming for many years. Imagine how we consumed energy, in the past, which meant fixed points for usage (and to an extend limited or varying as per geography). The paradigm shift in usage pattern – from natural sources of energy to a fixed source of plug-in points to mobile chargers and then eventually carrying around our very own power banks! This movement from a fixed infrastructure to an on-the-go setup, is what simply explains a hyperlocal CDN for you. In its entirety making the CDN ecosystem portable – to reach the length and breadth of the world – is what makes it hyperlocal.

A hyperlocal CDN merely comprises such portable warehouses (called Edge servers). It involves micro and nano warehouses that are set up at places where users are present and access Apps or websites – Home, Office, Public Transport vehicles, Hotels, Malls, Restaurants, lots more (virtually anywhere). And another unique part about the internet is that there are licensed networks (like the cellular or wired broadband connections we purchase), but there are also unlicensed networks (like the LANs in office or our home Wi-Fi, which is a wireless LAN). And with a hyperlocal CDN storing relevant App data so close to the user, they enable us to offset a chunk of our data consumption to LANs!

In short, once implemented at scale, a hyperlocal CDN can bring all the benefits of a traditional CDN right down to the end consumer (which until today was primarily restricted to the ISPs). Well, long story short, this is what hyperlocal CDNs can do for us:

Essentially, a hyperlocal CDN ecosystem can solve most of the pain points that we as users face with the internet today. And it can do so sustainably, while improving the unit economics for the internet ecosystem. And not just this, using Edge compute, Hyperlocal CDNs can further revolutionize IoT and the way Apps utilize the internet as well. The ultimate purpose that this technology will serve is to enable fast and reliable digital access, to billions of users simultaneously. And as a disruptor in this space, SugarBox Networks is slated to harness the power of hyperlocal CDNs to solve the last mile connectivity problems, especially encountered by the under-connected and unconnected the world over.

Nuts and Bolts of an Effective Design System