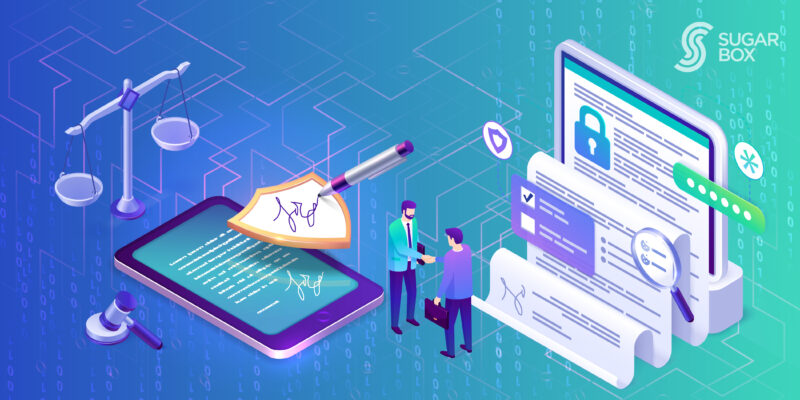 The legal universe is often viewed as old fashioned and traditional. One could attribute this to the historic legacy of law-making or the time intensive exercise that legal teams have to live through. But, with time, it seems to be evolving into the tech revolution domain, quite seamlessly.   However, there is truth to the claim of legal practitioners’ hesitation around technology, which possibly hindered its early adoption in the profession.

For any business to be efficient, it is important there exists a level of standardisation of various processes that require little or no involvement of human resources. Similarly, the legal function is often swamped with necessary but repetitive processes, which if not standardised may keep lawyers away from engaging with their profession in a meaningful way.

Legal Automation is at this juncture of need as it streamlines the  process by automating the creation, management, and approval of repetitive processes, pushing towards enhanced  productivity.

Although it is important to point out that the advent of Legal Automation is not an isolated event, and worthy of appreciation by legal practitioners as well as businesses, especially start-ups. In-house counsels at any start-up have the potential to drive the business growth to greater heights. However, this potential can be realised only if they are involved in meaningful transactions of the business. And Legal Automation plays a pivotal role to bring forth this aspect, in manifold ways:

Businesses are overwhelmed with a plethora of contracts and the obligations these contracts bring to the businesses. It is almost unrealistic to expect that a business can track the lifecycle of each and every contract it has entered without erring. Perhaps, this conflict is what amounts to the popularity of contract lifecycle management tools in Legal Automation. This vein of Legal Automation enables businesses to track the contract’s life cycle and also the liabilities that are imposed on the business.

Legal function at any business is ridden with bottlenecks because, in the absence of any tool to fast-track the legal operations, everything must be done manually by the in-house legal team which results in slogging of the business process. Since Legal Automation nips away at this need for any unnecessary engagement of human resources for what are essentially repetitive processes, it boosts the productivity of the legal function and in turn of the businesses.

Law can often feel inaccessible to people who do not practice it. This inaccessibility often leads to a sense of detachment and lack of transparency. And this could be a roadblock to the growth of businesses. Legal Automation bridges this gap by helping businesses to overview the legal operations through standardisation and simplification of the law. People in various business teams are given access to these Legal Automation tools, to create transparency for what goes on as part of the legal operations. Legal Automation also helps in tracking the current status of the legal function, enabling accountability.

Lawyers have often expressed that they miss out on meaningful engagement with their practice because they are bogged down by tasks that keep them from doing so. Putting this in the context of in-house counsels, legal functions and businesses need to co-exist and not function in isolation . Legal Automation helps create meaningful collaborations between different teams in a workplace, resulting in improved workflow, quality and productivity.

There is perhaps no better way to understand the implications of Legal Automation than drawing the example of SugarBox Networks! As a tech start-up at its very core, it would be unfitting to have a legal department not equipped with technology. With the potential of increased productivity and meaningful collaborations in mind, the legal team at SugarBox Networks is dedicated to introduce and implement Legal Automation tools that are personalised to drive the business growth. Currently, we have a contract management tool in place, which is at a nascent stage of its introduction, but is moving towards full implementation, in the near future. The meaningful changes brought about by Legal Automation are being experienced first-hand by our legal team and the future for it looks tech-efficiently bright!

Behind the scenes of DNS – Part 1

Introduction For decades of using computers and the Internet for various purposes ...

This time around, we wanted to bring in nostalgia for our employees through ...

A framework centered around Quality

Behind the scenes of DNS – Part 1