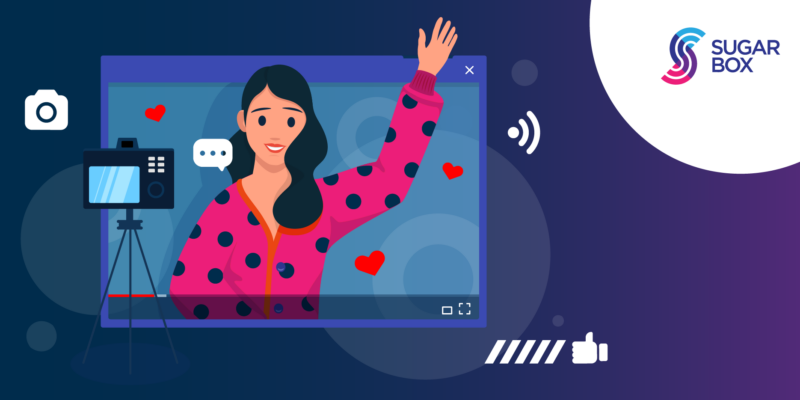 Streaming media is a rage nowadays. TV channels, social media sites, online radio stations, OTT apps – everyone is streaming content. And if this gets you wondering about how streaming media is different from the previous media files and its increasing adoption, then this blog can be helpful.

About Streaming Media and its benefits

One of the biggest advantages of streaming media is that you can skip to any moment into the content and start watching right from there, without having to wait for the portion skipped to be downloaded before the part from where you want to watch – starts playing. Owing to every segment being treated as an individual file, only those segments are downloaded that you watch. Unlike earlier media files, you see no content buffering—as the preceding section, which you skipped, is not downloaded.

The breaking up of content into short segments also allows and enhances live streaming. When you are watching a live streaming event, content is constantly sent and received over the Internet. The index file is updated as and when any new feed arrives. Media file players understand how index files are read and run them—for you to watch a perfect motion picture.

MPD and M3u8 are the two leading file formats for live streaming. In live streaming media, the content of a few minutes is briefly stored (cached) on your device. So, in case you join a live streaming a few minutes after it has started or if you pause the program in between, you can watch the content streamed before your joining or during the time you paused for, up to the time the content is set to be cached. You also have the option to catch up to live streaming, in case you don’t wish to watch the portion you missed, but directly skip to the proceedings unfolding in real-time. For streaming media, you don’t have to store much information on your computer or device and run out of storage. Also, you don’t need to install additional software or a codec on your device to play live streaming.

The quality of segmented content is determined by the frame rate at which the content was shot, encoding, bit rate, and resolution. Frame rate is the number of frames a camera captures per second. 10 frames per second (fps) is regarded as a minimum to produce the illusion of continuous motion. This illusion is created because of the nature of the human eye and brain. The human eye and brain can only process 10 to 12 separate images per second, retaining an image for up to a fifteenth of a second. If a subsequent image replaces it in this period, an illusion of continuity is created, that is, we perceive the images, not as static ones but as ones in motion.

Encoding is the process of converting a frame into bits and bytes. A bit (short for binary digit) is the smallest unit of data in a computer. Bit rate is the number of bits or the amount of information that is transmitted over the Internet per second. Resolution is the number of pixels per square inch of an image. A pixel (or picture element) is the smallest item of information in an image. The higher the number of pixels, the better is the clarity of the image. So, fps, encoding, bit rate, and resolution collectively determine the quality of the content that is streamed.

Although there are many advantages to streaming content, there are a few notable disadvantages, as well. You always need an Internet connection to watch streaming media—even if you have watched the same content previously on the same device. You also need an Internet connection that is fast enough to stream without noticeable buffering. For some streaming content, you need to pay a subscription to access it, and the purchased content stays with the account and cannot be transferred elsewhere.

So, streaming is the technology of transmitting bite-size chunks of audio and video files continuously over the Internet. Streaming content may be live or recorded. Podcasts, webcasts, TV shows, movies, and music videos are common forms of streaming content. Though transmission of segmentized content enables live streaming, requires less storage, and ensures buffer-free content, the Internet speed has to be continuously good to support the streaming of content.

Today, Internet has become our lifeline and in this modern civilization there is ...

Changing Landscape of Tech Talent during the Pandemic