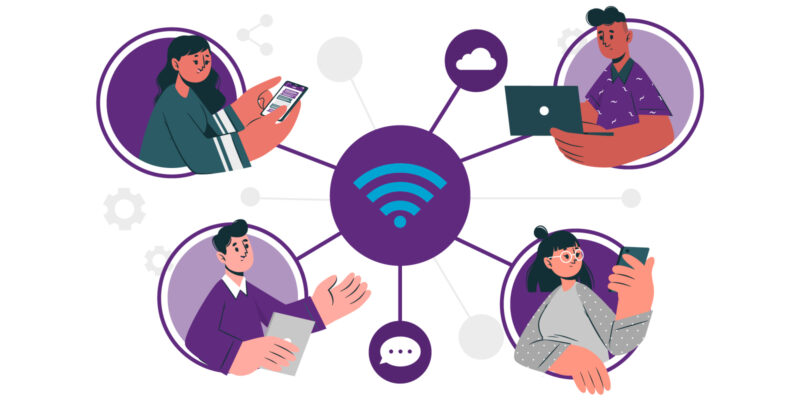 The title is slightly misleading – in this age of remote working I could remotely (pun-intended) be a non-consumer. But since joining SugarBox Networks, I have been exposed to a different side of the Internet, than I was accustomed to while I was purely a consumer or an end-user.

As a consumer, we have an affinity towards certain terms and lingos that everyone throws around casually – including me. The same way that we conveniently replace electricity with “light” when there is a power disruption at our homes, we have unknowingly been using certain terms that are completely incorrect. I got enlightened with the correct Internet terms after joining SugarBox, prior to which I was negligent about them.

Actually, let me give you a few quirky examples, to mull over.

What we mean: Which “SSID” should I connect to?

Simply because we are navigating to our phone’s Wi-Fi settings does not mean that we see a list of Wi-Fi; we are actually seeing a list of SSIDs – Service Set Identifiers. Your Wi-Fi name is essentially the SSID that is being broadcasted and the one you choose to connect to.

What we mean: My “ISP” is facing a downtime

What we mean: I am experiencing lower “throughput”

Throughput is the actual rate at which data is transferred from the source to the destination at a given point in time. So, if you are experiencing a laggard speed, that would most likely be due to network congestion. Don’t blame it on the poor router the next time!

This is the most underrated and overlooked mistake that people generally do – including me, did it for a good part of my Internet-enabled life! The speed of your plan or rather the throughput advertised for your plan is generally in Mbps (Megabits Per Second) rather than in MBPS (Megabytes Per Second). The difference between the two is 1/8th – that means your Internet plan of 50Mbps will most likely give you a maximum download speed of 6.25 MB per second. But in reality, you get a further reduction in throughput since the bandwidth is distributed between multiple consumers and is not a dedicated (leased) connection to your house, unless you have signed up for it. There is lots more to deep-dive here, but that’s for another day.

These learnings for me were quintessential, when working for an organization that deploys CDN infrastructure, while getting accustomed to words that my colleagues casually threw around every single day at work. Today, I appreciate the Internet a lot more than just my monthly FUP limit!

Get human for virtual hiring and on-boarding

Why our design team is transitioning from Sketch to Figma