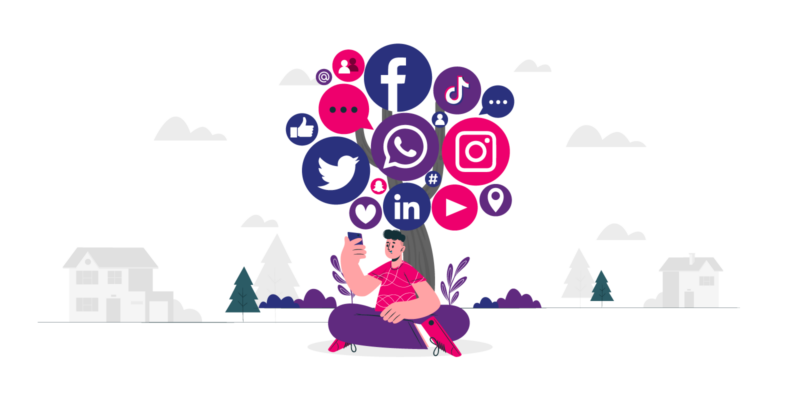 Let’s talk Ronaldo. Oh, on second thoughts lets wait for just a bit and then come back to him.

The last couple of years have been odd. That’s an understatement. We’ve been sitting at our homes, and peering into clear blue skies marred by skyscrapers while forcing ourselves to stare vacantly into a laptop and saying things like “Am I audible?”

There are false backgrounds we’ve set to hide the true state of our rooms – walls that have been striped with crayons, drill holes that stand out like a kid in an adult’s drinking party. The background during most video calls is either a beach or colourful balloons to reflect that we’re happy. We’ve built a make-believe world to reflect all the things we miss – outdoors, parties and hugs.

User Generated content or UGC as they’re popularly known, have become a staple diet. A certain Mr. Srikant Tiwari has become part of lives much like Chellam Sir, who ironically thrives in seclusion. In that world, there’s a new set of rules that define brands- memes and topical marketing. Are they interesting? You bet, they are. Are they informative? Do we really care?

Philip Kotler defines marketing as “the science and art of exploring, creating, and delivering value to satisfy the needs of a target market at a profit. Marketing identifies unfulfilled needs and desires. It defines, measures and quantifies the size of the identified market and the profit potential.

Now, where do memes fit in that definition? Maybe – unfulfilled needs and desires. The need to enjoy, to spend time sharing stuff with others, bragging rights perhaps. It’s the same kind of feeling one has, when one says they’ve read a joke and need to tell that to a friend.

Now, to the crux of the question – Are memes necessary to build a brand? May be. But that argument can be made for any form of communication. What memes do is certainly get you eyeballs. But like with any great idea, the brand which cracks the best fit with what’s trending, is the only one that walks away with recall. All others are just followers that will get likes and nothing else.

One of the things that I saw with the first lockdown was banks talking to me about the importance of exercising at home. Why? Because everyone else was. Then came the craze of spacing your logo apart and saying social distancing is important. Topical marketing, right?

Very recently, we saw people talking about Ronaldo. Unless you’ve been living under a rock, you’d know what I’m talking about when I say CR7. And you’d know the first word that comes up after that. And no, it isn’t football or soccer.

Here’s what happened. Everyone created memes. Then came the headlines of how Ronaldo wiped out 4 Billion dollars of a gigantic MNC. That’s the problem. Attribution or over-attribution, actually.

Prof. Nuno Fernandes of IESE Business School has recently written a piece on how people jumped to the wrong conclusion, and he is definitive in his argument of why Ronaldo didn’t impact share price. He terms it Post-Truth (where public opinion is shaped by emotion rather than facts).

Is Ronaldo an influencer? 100% yes. But did his act wipe out 4 Billion Dollars? Hell No!

Which is why I believe that influencer marketing has potential, but marketers always convince themselves that what they’re doing is right. Post – Truth in the world of marketing just translates into over – attributing success or outcome to an unrelated event. Talk to your advertising partners in confidence and they’ll tell you that the only ask from most marketers is to create one more Meme on Chellam Sir and Ronaldo. Why?

At an individual level, I think memes work as a fun element. As a brand, they can, if you’re unique. Any marketer who briefs an agency saying I want a meme on a topic is putting the message and the medium before the brand. It’s like saying I like this joke. Now fit my brand into the joke.

Having said that, I think Fevicol and IKEA did something brilliant with the whole Ronaldo episode. Time for me to get my bottle of ‘’Agua’’!

Get human for virtual hiring and on-boarding